Pageant of the masters “The Time Machine” 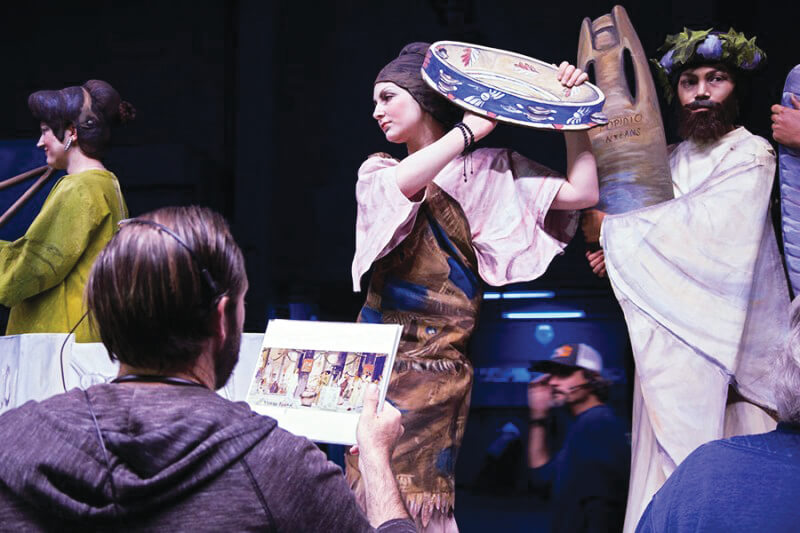 The team behind the world-famous Pageant of the Masters is rockin’ around the clock with preparations and rehearsals for the highly-anticipated production of “The Time Machine.” Presented by the Festival of Arts of 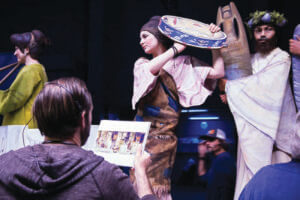 Laguna Beach, the 2019 Pageant of the Masters will amaze audiences nightly from July 7 to August 31 with the magic of tableaux vivants (“living pictures”). Real people will step into famous works of art by artists like Vermeer, Dali, Rockwell and Da Vinci for a one-of-a-kind theatrical experience. Click here to purchase tickets.
“The Time Machine” will take audiences around the globe and into the past, present and future in search of great art and amazing stories. In a show that journeys through time and space, audiences can look forward to tributes to breakthroughs in both art and science. Highlights include an homage to American sculptor Malvina Hoffman for her groundbreaking anthropological exhibit at Chicago’s Field Museum of Natural History in 1933 as well as the 1913 Armory Show in New York which marked the dawn of Modernism in America.
“To say this summer’s show is a very different Pageant is an understatement!” revealed Diane Challis Davy, now in her 24th season as the Pageant Director. “The story line will bring audiences on a journey through a series of clues and instructions from a notebook inspired by a famous artist, a first in the Pageant’s history.”
“We don’t want to give away too many surprises, but some over-the-top innovations for this year include laser lights, an authentic 1959 Juke box and if you are paying attention… you may even see a UFO,” commented Challis Davy. If that wasn’t intriguing enough, taking to the stage is a canine companion named Leonardo. He will be joining the 500 volunteers and staff who help put on the unique and awe-inspiring production each year.
The Pageant of the Masters has been a Laguna Beach tradition since the 1930’s and now attracts over 140,000 patrons every summer. The show is accompanied by original, live music by the Pageant orchestra, with informative and engaging, live narration presented by Richard Doyle and written by Dan Duling. Long-time Pageant Technical Director Richard “Butch” Hill is excited about advances in video production and special effects this year. “The Pageant has always been a kind of time machine for us,” Challis Davy observed. “Studying and appreciating the world’s artworks – great and beloved – is the best and the only way to take a trip back in time.”
2019 marks the 500th anniversary of the death of Renaissance master Leonardo da Vinci, whose “Last Supper” has been the Pageant’s traditional closing tableau since 1936. Challis Davy shared one final tease: “Prepare yourselves for an imaginative adventure, a plotline from start to finish, and a very surprising finale. Spoiler alert: Do not leave early!”
The Pageant of the Masters presentation of “The Time Machine” will amaze audiences nightly July 7 – August 31, 2019 with tickets starting at $15 per person. A Pageant Ticket also acts a season pass to the Festival of Arts Fine Art Show.

This legal notice expires, and will be moved to the archive, on Thursday September 5th, 2019.

Archive Pageant of the masters “The Time Machine”