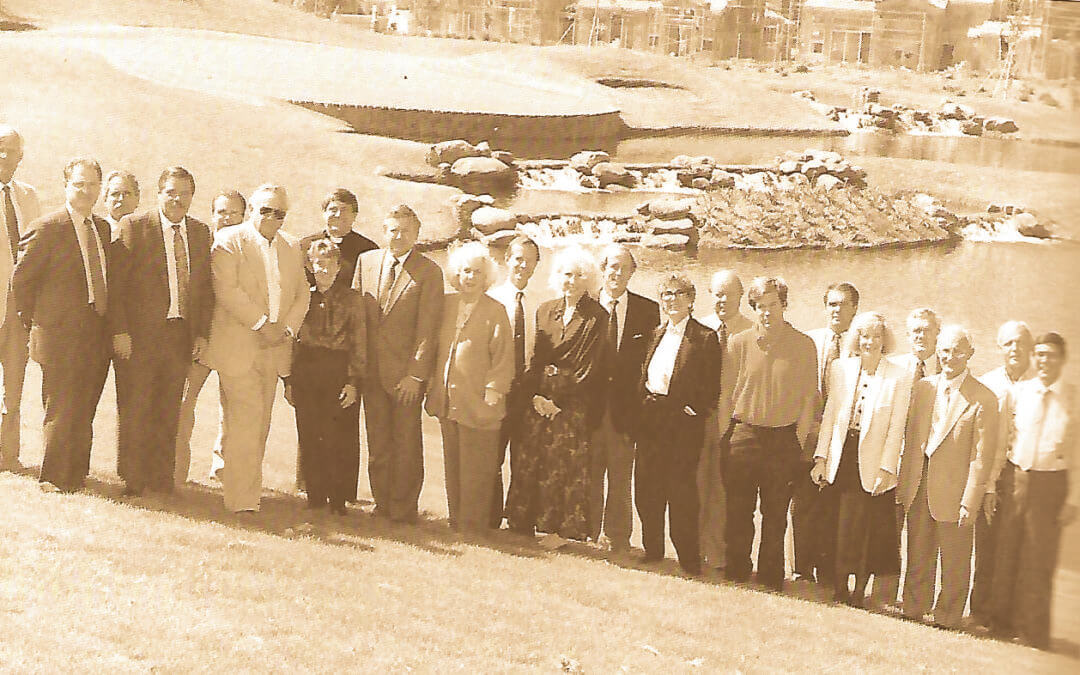 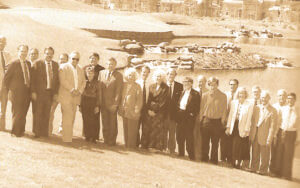 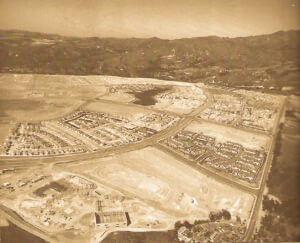 The Master Plan. One of the few Early Aerial Photos of Rancho Santa Margarita in its’ early stages of development. Can you locate your lot on the plan?

Santa Margarita News, which was later taken by the Santa Ana Register for their regional publication”. But in any event, the Coto de Caza News became the official newspaper for this region from the time it began in 1993 long before the City of Rancho Santa Margarita existed.
The City of Rancho Santa Margarita was incorporated in 2000 as Orange County’s 33rd city, the first City Council included Mayor Debra Lewis, Carol Gamble, Jim Thor, Neil Blais, Gary Thompson, Jerry Holloway and Anthony Beall. Mayor Debra Lewis speculated that she was elected as the first major because she featured her photo in the advertisement of her law practice in the Coto de Caza News which caused her to be more well known. She later moved to Dana Point where she was again elected as the Mayor for that city.
One of the most prominent urban planners was Richard Reese who said his plan embraced a setting to give people “an opportunity to live more open, communicative, nurturing, fully expressed lifestyles reaching beyond the mere satisfaction of human needs for air, water, food, shelter, safety, and economic opportunity.” Reese, who designed the city, still lives here and a street was recently named for him in his honor.